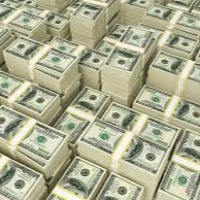 What do you think?

Will Bitcoin be worth a million dollars?

All eyes are on Bitcoin news. The world’s largest cryptocurrency has known to duck and dive, sneak and surprise. It had a blockbuster run-up to an all-time high merely months after the crash in March 2020. Two years later, Bitcoin has been trading at a tentatively stronger footing. But amidst destabilizing macro cues, owing to the war-based nerves, what’s Bitcoin market would look like going forward?

The recovery staged by Bitcoin in the first quarter of 2022 helped cast off concerns about a market-wide rout. However, one must note that nothing is ever certain in the cryptocurrency market. Factors that may potentially help build investor confidence for a longer time frame are network upgrades, and increasing adoption by countries and institutions.

Especially with inflation on the rise, people all over the world are looking for ways to protect their savings from the devaluing effect assets such as Bitcoin offer a seemingly perfect solution.

Despite its rollercoaster of volatility, bold predictions for the flagship cryptocurrency, some more far-fetched than others, continue to make headlines. But is Bitcoin reaching the $1 million mark really unrealistic? Maybe not. Let’s look at some of the factors.

At this stage, it is also important to factor in the crypto exposure that behemoths like Morgan Stanley and Goldman Sachs as well as the world’s largest payment processors such as Visa, Mastercard, and PayPal have offered. As a result of the rising customer demand, the previously skeptical Wall Street biggies have also joined the bandwagon. The roll-outs of several more regulated products in the form of ETFs and ETPs and adoption by corporations and nation-states have broadened the scope of adoption.

Data shows, that long-term holders have been growing steadily. The multi-million dollar mining industry is growing at a rapid pace and countries like the United States and Russia are eyeing to take a generous slice of the Bitcoin pie after the massive 2021 miner exodus from China. Soon, energy-intensive mining will dominate the scene which will further bolster the case for the PoW-based cryptocurrency.

Many believe that Bitcoin will be the global reserve currency and eventually climb higher than the gold market cap.

Bitcoin’s market cap has increased tremendously since its inception more than a decade ago. Today, it is over a $0.8 trillion market cap. 2024 could be a big year. This is when Bitcoin halving is scheduled to take place. For instance, Bitcoin’s price was trading at a mere $650 after the July 2016 halving event. Following a rather tumultuous route, it rose to a massive $8k after May 2020 halving, registering gains of more than 1130%. Since then, the cryptocurrency has surpassed $65k before stabilizing near the press time price of $45.9k. The growth has been impressive. Hence, another rally of 1000+ over the next halving event, which would catapult the asset’s value to almost $0.5 million, does not appear outlandish. Historically, the year after halving has set the stage for huge gains. Hence, 2025 may be the year when Bitcoin to witness some bold predictions come to fuition.

Many industry experts have sided with Bitcoin’s $1 million price prediction, despite varying opinions on the exact timeline as to when that will happen. Star stock-picker Cathie Wood’s Ark Invest, for one, believes that Bitcoin could surpass $1 million by 2030. The rocky start has failed to deter investors who have remained focused on the asset’s long-term value.

Bitcoin news has exploded the scene, and rightfully so, the world is in the midst of a monetary revolution as it transitions from the central bank fiat currency system to a decentralized monetary system. Bitcoin has already proved itself to be one of the best investments an individual can make over the next ten years. A price call of $1 million as the next halving approaches, appears to be a decent grab.